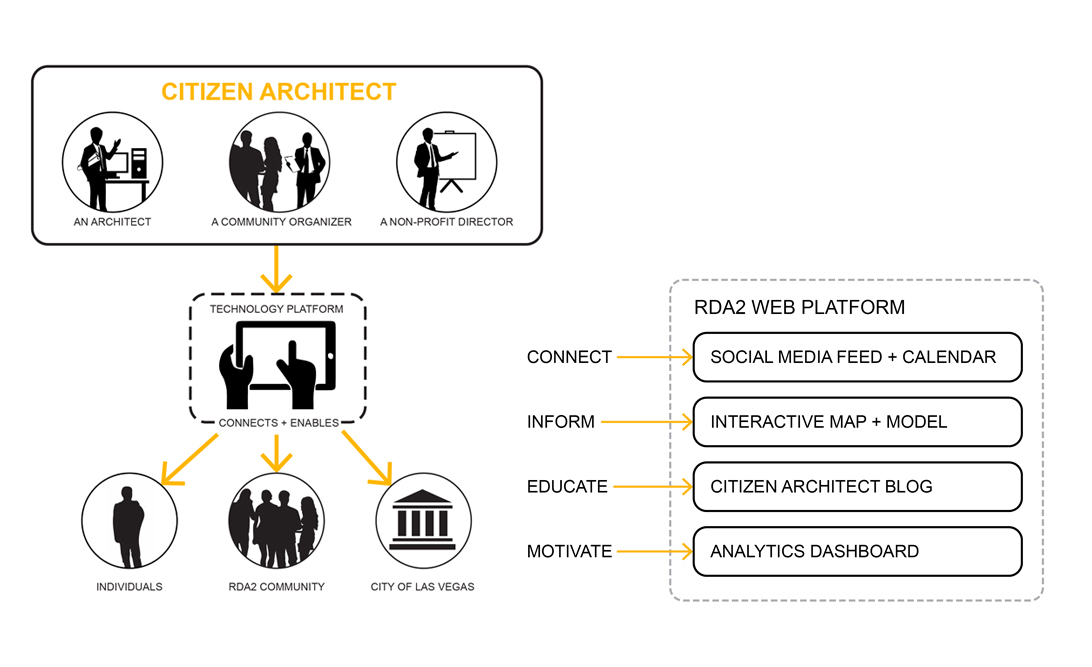 In Spring 2015, I was part of a team that placed fourth overall ($50,000 prize) in the Strong Cities, Strong Communities (SC2) competition. This is a federally funded economic development program started by the Obama administration to solicit innovative ideas in the urban environment to spur economic development, and judged locally by a mixture of public officials and private business leaders. Central to our team’s proposal, titled “Every Neighborhood Needs an Architect,” was the idea of appointing a “citizen architect” to take on additional roles such as community organizer and non-profit director for helping a neighborhood address problems of blight. This would be coupled with the use of digital technologies to facilitate value-added communications and exchanges between the number of stakeholders in a redevelopment area just west of Downtown Las Vegas, along with a digital system of tracking key metrics to measure success.